An update on what’s coming up on the channel. I danced in the rain! I should receive my AncestryDNA test results soon. I have a message for my potential new relatives. Reclaiming my life back one day at a time.

A quick update on content: I started recording Mass Effect 1, I will be playing Andromeda day one and getting that footage up ASAP. I want both series to run side by side so people can see the differences, especially since the stories will not overlap. I’ve been playing ARK a lot more and obviously ESO (the Morrowind expansion launches on my birthday – party time!). So there is a bunch of voiced stuff coming up. It’s time to get the channel back to normal. I went three hours the other day without coughing. Yay!!

Last night there was a rain storm. It rained really hard and for some reason, I was drawn to the rain. I haven’t been anywhere in, wow, months and months, because breathing outside is challenging, so going outside was a “thing” but I did it! I went outside, breathed in the air and it was so many smells at once…ughh! But, I felt it was a victory, so I danced in the rain for a bit. My lungs are quite irked at me right now but I had fun. Then after huffing, puffing, and coughing my way back upstairs, I recorded this video. This post is a loose transcription of the video.

If you follow me on Twitter, you might have seen where I mentioned I took an AncestryDNA test. I’ll be receiving my DNA results soon, which could be very boring or very interesting, and I keep being reminded of this article I came across a while ago, called With genetic testing, I gave my parents the gift of divorce, because there are family secrets that could be revealed with my DNA results. A man, who has a PhD in cell and molecular biology, purchased DNA kits for his parents as a gift. The results revealed the father had a child outside the marriage. The doctor told his sister, and they agonized for three days about what to do and eventually, told the parents. A quote from the article:

At first, I was thinking this is the coolest genetics story, my own personal genetics story. I wasn’t particularly upset about it initially, until the rest of the family found out. Their reaction was different. Years of repressed memories and emotions uncorked and resulted in tumultuous times that have torn my nuclear family apart. My parents divorced. No one is talking to my dad. We’re not anywhere close to being healed yet and I don’t know how long it will take to put the pieces back together.

While I’m sure everyone can recall happy endings where companies that distribute DNA tests show how families are connected, that is not the average response. The average response is chaos in the beginning, and pain as most people do not fully understand the impact a DNA test can have on their life because they take the test without questioning what could go wrong. The doctor goes on to say:

If I had never done that, nobody would be the wiser. I thought it was a cool gift. I am a lover of science, specifically biology and genetics, and just thought I was sharing that with my family who has always wanted to understand more about what I do and love. I don’t know that I would have shared if I knew this would have been the result.

That is an unrealistic thought because the reality is: no one in the family could ever take a DNA test for the secret to stay a secret. DNA tests are becoming so common now, especially among youth, it is unrealistic to think that a secret like paternity can stay a secret.

For My New Relatives

I want to say publicly that I welcome whatever the test results reveal because, it is what it is. If there is a situation where my parents or grand parents did something questionable, I apologize. Let me be clear: I am not making excuses for their behavior or making light of the pain their choices might have caused. I understand and expect there to be consequences for the choices they made. All I can do is tell history as I know it and hopefully, my potential new relatives and I can sort it out. My mother taught me to take responsibility for my actions and to stand up to anyone who is trying to take me down a path I know is wrong for me, even my parents.

My grandmother on my mother’s side told me years ago that she was unsure who my mother’s father is. I don’t know why my grandmother told me and not my mother, how she could foreshadow that I’d be the one working on the family tree but I’m glad she told me because I could see in census records she was living apart from her husband for some time. Matter of fact, he was with someone else. When I get my DNA results, I could see a bunch of people I have no idea who they are. I wish my grandmother, and my mother, lived long enough to find this out. Or, it could be the man my grandmother was married to (who died before my mother was born) is the father. I’m excited and anxious to find out what the truth is.

There is a lot more I will share later when I have the results and can explain it better, but I can imagine you’re wondering what is the point of all of this?

What happened in the past, the family secrets, impacted how I act today. My father and I danced around the fact he had a child no one knew about (I spoke about finding out I have a sister last year – and no, my brother still doesn’t know about that). Knowing people in the family thought their father was one person when it wasn’t…I withdrew not to have to lie and became a master at being reclusive. You guys have felt that with my channel and I apologize and thank you from the bottom of my heart for your patience. My DNA results finally brings the truth, whatever it is, out and those chapters can be closed with new ones emerging. I look forward to meeting and interacting with my newfound relatives and I especially look forward to interacting with you guys more.

Okay, on to something else…do you think Mass Effect Andromeda is being over-hyped? I was taken back that they are still working on a day one patch. That implies, to me, it’s buggy, and they haven’t had the time to adequately test if this patch resolves the issues. This is the first time in years I’ve played something a AAA title like this on the first day it came out.

Did you hear about the new content coming to Path of Exile? New chapters…hahahaha I love it! They resolved my main gripe with the game, having to go back through the same zones over and over again to level. I’m going to do a video on the upcoming changes but I’m excited about it.

There is a war going on in ARK. The Aggressives by my base have completely lost it! Thank goodness I recorded it. Wait until you see the shenanigans they’ve been up to and I have to completely rethink my design. You’ll see why in the video. I still love my area, although my area is more dangerous than Usk’s!!

Alright, that is it for this one. I’m doing a lot of voice video editing so you should hear my voice by next week. Be careful what you wish for! 🙂

Read More
Looking at how racial designations change over time, one can clearly see how people of color were still being segregated long after slavery was abolished. Use caution when adding potential ancestors to your family tree.
Read More 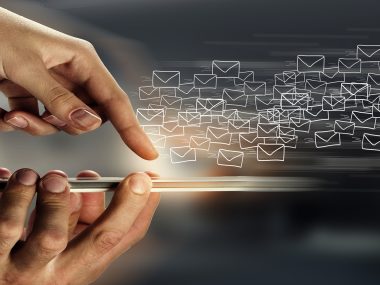 Read More
Twitch sent me another email saying they turned off my email notifications. Stop breaking the connection I have with streamers.
Read More

Read More
I’m excited for the animated series. ARK II the game? I’m not feeling it.
Read More
If you are going to grow a community, get to know and understand your target audience and understand the key of using complimentary topics.
Read More