When flirting turns a pair to a triangle

I know how you guys like relationship posts, so I thought I would share my thoughts on something. I was talking to Bill Cammack about this because he’s a Dating Genius. Who better to ask? I always enjoy having discussions like this with him.

Bill talks about pair bonding a lot on his site. So we are all on the same page this discussion is about when a man has significant feelings for a woman (this could be reversed but I’m talking about it from a female’s perspective) and wants the woman to be exclusive to him. This usually gravitates to a relationship of some sort whether it be boyfriend/girlfriend, engaged or married. We’re talking about two people who want to pair bond.

Flirting. I don’t have a problem with flirting as long as it is platonic. For example, the guy that tells women they are pretty – men that do this treat all women the same. He says his compliment, the woman says thanks (kind of blows it off), it dies right there…the flirting that is. That’s innocent flirting to me but I realize for some people “innocent flirting” is too much.

The flirting I’m talking about is when there are “feelings” on either side. For example, if the man allows another woman to continue to think she has a shot at being with him. Or attempting to make himself desirable to other women. It doesn’t matter whether or not he is doing it in front of his girl because, if the couple has a true connection, his girlfriend/wife/significant other will sense it and if she’s smart, prove her case. See, few men can control their reaction if the flirting female is mentioned because, if something is there, he will react to it.

In my world when I am in a relationship. the man turns into a king and I treat him as such. I have his back when he needs it, stand by his side, help him to be the strongest man he can be (means emotional support), if he has kids I treat them as my own, invite his friends into my home and by default my boyfriends benefited from my relationships…and that doesn’t include the sex because I have never told my significant others I wasn’t in the mood for sex. And let’s not sidestep this, unless the guy out banks me, he will receive certain benefits just being with me because I’m not petty like that.

If I’m handling my business taking care of my man, why does another woman’s feeling matter? Seriously, we aren’t in a triangle relationship it’s a pair bond. End game why did these chicks matter? Looking back, I realize how foolish I was. Let’s put this in perspective. While I was paying for a guy to go to school, paying his bills, buying motorcycles, escalating his lifestyle, taking him on trips, sexing him up…and let’s not forget cooking for him, helping him with his career/school, taking care of his kids, being that woman he could take to work functions, take home to Mom and she knew her son was well taken care of….some chick that, end game didn’t matter, was up in our mix because he had a crush.

I realize people will have attractions to other people because I’ve been in those positions but I made a choice – my guy – the one that mattered. If I felt things were heading in an inappropriate direction (meaning, a conversation my man couldn’t sit in on) I nipped it right away out of respect for my relationship. Respect for the man I loved. Otherwise I wouldn’t have been treating my king like a king, would I?

But I didn’t get that back.

If you’ve been in a similar situation there are two possible solutions:

1) The guy corrects the situation.
2) The guy says nothing is going on.

I created a third solution of, if the situation persisted, ending the relationship but today I realized the REAL problem.

If you have to ask a person to do right by you the truth is you are with the wrong person.

The relationship is broken because in a pair bond relationship triangles don’t work. The guy was acting on his feelings, feelings that shouldn’t be there.

I spoke about Rog before and if you followed me long enough you know the history. Essentially, thousands of miles away I could sense the presence of other women. I could feel when he had sex. I could sense when he was lying to me. When he did these things it was like hurting himself because I was apart of him. I have the utmost respect because, when the shit hit the fan, he told me the truth and risked me walking away. He respected me enough to put my needs first and work with me to resolve the issue. We are best friends and we can tell each other anything but that bond was created by going through that pain together back then.

I Learned My Lesson

Talking with Bill I realized that if a man is truly fulfilled no one else will matter but “you” and that is when it clicked for me. When I sensed these other women I would become insecure because I didn’t understand why, with all I was doing, these chicks mattered. The irony is that, in the end, they didn’t because it was a passing thing. None of them (and I do mean none) compared to what I was offering my ex’s. The true irony was that the other women were like fail-safes, a parachute in a way that in the end. When my ex’s needed something, wanted to celebrate, was hurting, wanted to evolve/grow/change…I was the one they came to. These chicks were the “fun” and did they last? No.

Because life isn’t all about sex and fun. Wouldn’t it be lovely if that was the case?

I can put up with a lot of shit but I know my one pet peeve is another woman seriously thinking she has a chance with a man that supposedly loves me, I’m working my ass off to make happy and my man doesn’t put the chick in her place. I’m cool with friends of the other sex but I’m not cool with hidden relationships going on. When I love a man any of the other men in my life know to treat him with respect and I don’t do anything my man would have a problem with. Because none of the men in my life would have been cool with me desiring, being happy to talk to, flirting in a sexual way, or encouraging a man to think he could be mine. How can love and more importantly trust grow with that going on?

I won’t make the same mistakes I made in the past. Even if it hurts me to my soul…I deserve better than that. I prefer to be alone.

And you know what? This is probably going to piss you guys off but now that I figured this out, it sort of healed me in a way. I have nothing else to say about relationships but I have a lot to say about social interaction on the web! Yeah baby!

Read More
Jonghyun’s situation was one of those worse case scenarios where someone struggling with depression or a mental illness sought help and was ignored by everyone around them. Hopefully, Jonghyun’s death will serve as a wake-up call to people who still think chronic depression is “just a phase”.
Read More 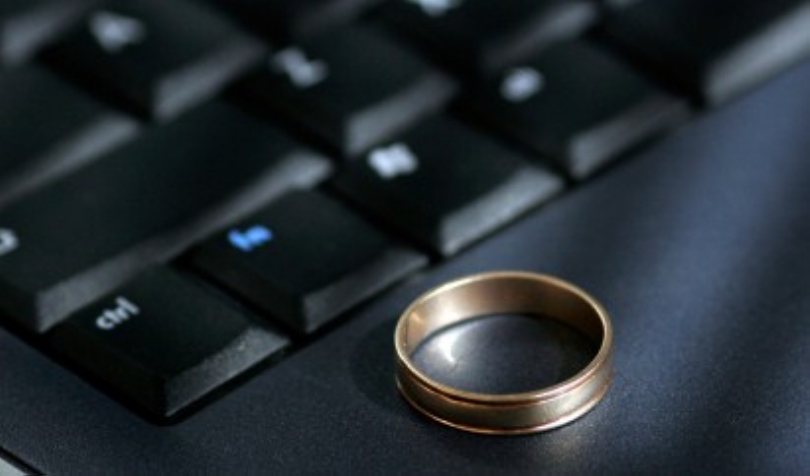 Read More
Usually, there are signs that a relationship is crumbling. Signs people often ignore. Don’t be that person.
Read More