EVE Online is offering free to play access to the game via alpha clone states. Will it be enough to bring players back to the game long-term?

EVE Online recently announced they would be adding a free to play aspect to the game with alpha clones/states, which are essentially permanent trial accounts. They will be limited to 5 million skill points, restricted to the character’s faction, returning players without a subscription (paid or PLEX’d) will be set automatically to an alpha state, expansions will still be free…things you’d expect them to do offering free access to the game. Essentially, these states “should be” enough to draw new people or returning players to the game but restricting enough to “encourage” them to subscribe. I have made it clear that I will be checking it out at launch. But what do I think of it?

It will work, temporarily. Perhaps. While it adds players to the game, it doesn’t resolve issues that cause players to leave in the first place. For example, in my situation I did not believe the content was worth $14.95/mo to continue paying a subscription. I was tired of expansions that, IMO, were actually quality of life fixes that often added more broken mechanics, like the bounty system – have they fixed that yet? Last I played, the effort it took to track down bounties was way out of proportion to what the player would receive for the bounty due to the mechanics.

My issue was that CCP seemed to be focused on other things and EVE suffered because of that. I support their decision to do what they want, good luck with that, no hard feelings but I felt my money could be spent better else where. Most of my friends left the game out of frustration long before I did. If the price of PLEX weren’t so high, I think more players would have stuck it out but 1 billion ISK is a lot for a PLEX. In comparison, World of Warcraft’s WoW Token is at a nice price point where players can afford it without investing huge time syncs farming for gold and players who wish to buy a token for real money get a reasonable influx of gold. It’s working for WoW. When someone is paying monthly for something, it gets to a point (especially for a game as old as EVE) where the player makes the decision is it worth the money? Are there things going on in life that prevent the player from playing and EVE can be very time-consuming.

That brings problem #2 – returning players might find alpha clones too restricting. Going from 50M skill points down to 5M? Can players on alpha clones make enough ISK to get a billion ISK PLEX? Using myself as an example, I have beautiful ships that I will be unable to fly.  Honestly, this is falling into the category of MMOs paring down abilities, World of Warcraft being an example. I feel like my character is more ignorant than when two years ago because of the spell removal. I guess we will find out how this will all play out, but if the balance isn’t right, odds are players aren’t going to subscribe due the problems I just mentioned. I think it is unrealistic to expect anything to work as efficiently, in the same way, 10+ years later, including subscription models. Things have evolved where developers have to work hard to provide gamers, their customer base, with things they want to buy. An example, is Netflix. They require a subscription but if customers stop feeling as though there is enough to entertain them, people will unsubscribe.

While I think there will be a nice boost to the population initially, I am not sure the boost will last due to the problems that drove people away not being resolved. Hearing that CCP is working on a TV series, my first thought was “here we go again” but hopefully, the focus won’t deter from the game. EVE does not need a WoW situation, where the movie hurt the expansion (Draenor).

I am glad for the ability to see Nyrael again, and to have the ability to record footage so I have something interesting playing in the background while I talk about EVE. If you were interested in EVE or played EVE, what do you think about alpha clones? Will it draw you back into the game? Do you think it will cause more problems like lag, farming issues, increased griefing, etc? Let me know…I’m curious what you guys think about the upcoming change.

Read More
The final season of The Walking Dead, by Telltale, is in its final season. I’m trying to care.
Read More 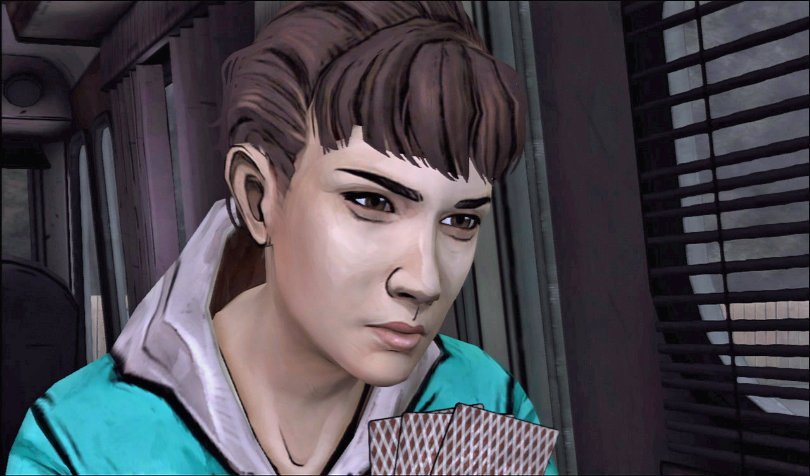