You ever have one of those times when you want to accomplish something but you have several ways you can accomplish the goal? In determining the right path, you want to pick path #2 (for example) but you (for some reason) do not think it will work out right, so you take #1…only to find out you could have picked #2 and been fine? If you are like me, when you figure that out, you want to smack yourself for not seeing it in the first place.

I started talking to Bill online recently and while looking at his site, I noticed he wrote in a lot of places. You can read for yourself what went down with that. Let’s fast forward to what I’m writing about.

So I’m doing my thing, talking about his site and I mentioned some plans I wanted for integrating video on the site (nope, not telling what that is yet) and how I couldn’t go path #2 and felt forced going path #1. That’s when he told me, matter-of-factly, “Oh, you could do that”.

But you know me, playing it cool, I casually inquire what Bill was talking about? Bill told me:

1) I could do what I originally wanted.
2) Told me WHY I came to my original conclusion.
3) Gave me tips on how to accomplish my goal. 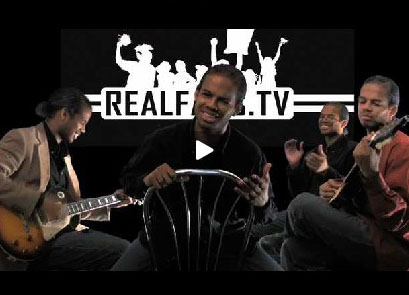 Bill is an Emmy Award Winning Video Editor so there was no question in my mind he knew what he was talking about, and grateful for the knowledge, I happily absorbed it. I kept thinking how much further along I would be if I went with my original plan, then I realized why things worked out the best way.

Even if I went with my original plan I was still missing important pieces of the puzzle, so the end result probably would not have been that great.

Talking about video more with Bill, I realized things I hadn’t thought about in a long time, which prompted me to totally re-work my plan. I’m still putting the pieces together but this time I know the puzzle will, with my consistent effort, come together nicely because everything integrates better now than with my original plan.

My point in writing this? When I questioned Bill about his site he was open to hearing what I had to say. When Bill corrected my thought process I was open to hearing what he had to say. There are some people who are closed-minded, who might need guidance, assistance, (insert whatever word works for you here) and refuse to listen. Or was listening and stopped for a dumb ass reason. Either way…no one can help you if you are unwilling to help yourself.

Synnistry is a participant in the Amazon Services LLC Associates Program, an affiliate advertising program designed to provide a means for sites to earn advertising fees by advertising and linking to Amazon.com

We use Google Services, which uses first-party cookies to track user interactions. In our case, Google collects information about how users use Synnistry. Google provides additional privacy options regarding cookies which you can view at their website. The information collected discloses  website trends without identifying individual visitors to us. You can opt out of Google tracking, across all websites (without affecting how you visit those sites), by using the Google Analytics opt-out browser addon or the browser addon to save Google ad settings.

It ain’t over yet

Why you need to vote in this election