Looking at the latest Bangtan Bomb from BTS, I realized something missing today vs. when I was growing up. Being smooth and how that can lead to problematic issues.

I’ll be the first to admit there are things going on in the world today that I do not understand. I can’t relate to how a large portion of people think and feel because their actions are oppressive towards others. To ensure we’re all on the same page, the definition of oppression:

I noticed, particularly with youth, they are not aware they are doing it. I realized there is something missing from when I was younger and now: the need to not look stupid or be caught doing something you know is wrong.

We had a slang term for it: smooth. If you were smooth, you did things with grace, awesomeness, coolness (insert adjective here) that the action came off as impressive. A person who had a reputation of repetitively doing those actions this way were described as “smooth”. Inherently, because one had pride, dignity and required those around them to respect them, people wanted to be smooth by nature. Honestly, what you’re known for is your legacy.

This principle of wanting to be the best person you can be, was everywhere, especially in music. For example, TLC sang about it in Hat 2 Da Back:


That’s the kinda girl I am
Don’t cha know I really don’t give a damn
Let me be me for me and not what I’m supposed to be
So I’m gonna do what I wanna do
Cause dumb rules are left for silly fools
That’s the kinda girl that I am – ohh!
Here we go, here we go, here we go again
Some people might wonder why we’re like that
Cause we’re smooth
Smooth you know

They were singing about being yourself and they proved they could wear baggy (what was considered masculine clothes at the time) and still be sexy.

In fandoms I see more oppressive behavior than being smooth. With smoothness, you are being yourself (the best person you can be) without hurting anyone else. What I see today is youth doing what they want to do and not caring how their actions impact other people.

For example, BTS travels a lot, spending a lot of time in airports. The members made it clear they do not like it when fans are at the airport, making things congested, taking pictures. Fans made it clear, for safety reasons, they prefer the fandom does not go to the airport. Yet, if they go through public areas, there will be people camping in hopes to see them walk past.

Those people, unless they are professional photographers and it is their job to be there, aren’t smooth. They are oppressive. If you talk to them or look at their social media accounts, they swear they “love” BTS, want the best for them, etc. However, when it comes to proving it with real action, they fail. They placed their need to see them over BTS’ desire to peacefully walk through the airport. Let’s be clear on how much BTS (and idols or celebrities in general) dislike their actions. Let’s take an honest look at what they’ve been saying.

Most fans hear the message, respect their feelings and act accordingly. The thought doesn’t cross the mind of most fans to go to the airport, when they know BTS will be there, because they know BTS doesn’t like it. They don’t want to contribute to the chaos. They especially wouldn’t want BTS seeing them doing something they’ve made it clear they don’t like.

You want to know why most fans don’t think about going to the airport? Being the best person you can be means you have something else more important to do than hoping to catch a glimpse of someone that has made it clear they prefer you to not be there. A job, school, some responsibility that requires attention. Actually, sitting at home watching TV or playing a game would be better than going to the airport because you’d be respecting their wishes.

Why do I keep saying most? Because the airports aren’t filled with hundreds of thousands or millions of people. Most fans are doing their own thing, some may check later on to confirm BTS arrived at their destination safely. They know professional photographers will be there, it’s their job to be there, so they can check out pictures later or BTS’ Twitter…if they care. The only fans showing up at the airport are the vocal minority, that are the selfish and oppressive ones. They know they are causing distress to BTS by going to the airport. They go anyway.

OMG Tyme, What Is Your Point?

It was about V’s birthday. Jimin was preparing a cake. V wanted to give Jimin a piece of cake and initially Jimin refused but accepted the cake.

Why? Because he had just brushed his teeth but, because it is V’s birthday, he should get what he wants.

They sang V happy birthday, and Jimin gave V a strawberry. A little while later, Jimin tried to give V another strawberry and V, jokingly, refused.

When Jimin tried to give V another strawberry, which V did not want…

And when that doesn’t work, let’s throw in some guilt trippin’…

In the end, V got up, and said he was going to get his makeup touched up. Eventually, he got his way, because he cockblocked their ability to continue. They had a pre-recording. Getting ready and being prepared is the responsible thing to do.

I’m sure V had a great birthday. I hope, even though he had to work, he had an amazing day. Let’s get back to the message I think whomever edited the video was trying to convey.

People in your life are going to do things you might not like, don’t agree with, etc. Parents have the challenging job of finding the balance of giving their children the freedom to be themselves and ensuring they are making decisions that are “best” for them, with “best” being relative. I’m sure we all have experiences where our parents made a decision where they thought they were doing what was “best” but, looking back, it could have been done better. That is how you learn from experience.

For example, my cousin loves to ride motorcycles and recently purchased one. When I saw the pictures of him on the bike, my initial reaction was to snatch his ass (yes, I mean ass) off of it and while he’s telling me he’s grown and could do what he wants to do, look him dead in the eye and say, “What? You forgot your brother died from a motorcycle accident? You don’t care you have kids that need you?”

My initial reaction was fear. Immediately after that, my next reaction was love. Who knows better than him the pain his father went through, and what he went through, when his brother died? Obviously, he’s not happy refraining from riding his bike. Because I love him, respect him and I’m the ride and die loyal type, I support his decision to live his life the way he wants, including potentially ending it the way he wants. His brother died young, but doing something he loved.

Tying It All Together

Considering what I’ve said, do you see why most fans don’t try to follow BTS to the airport? When you really care about someone, what they feel and want comes first. If you know BTS prefers fans not go to the airport, don’t go. If you know BTS prefers that fans don’t record at concerts, if it’s not your job to record, don’t do it. I’m not even going to go into shipping, which has gone way too far…that’s for a separate article. There are many ways the vocal minority push their agenda on BTS. Because their fandom is so large, it’s a lot of people…but it’s not even close to the majority who quietly just enjoy them.

I know lots of BTS fans that almost never mention them on social media yet they have every album release, grabbed concert tickets, and purchased merchandise. While the vocal minority is obsessed with BTS, the majority are being smooth because they realize nothing the vocal minority is doing will help them be the best person they can be – smooth. They were inspired by RM UN speech, for example, and are implementing changes in their life to be happier.

You’d be surprised how many people told me the one lyric “mind your own business” was a wake-up call they were mini-obsessed. Once they scaled things back, they had more time to do things that would give them long-term happiness. One girl used her time more wisely to start a baby-sitting business. From the time of IDOL’s release to now, she’s made enough to easily afford concert tickets, travel expenses while saving for college.

Another girl realized, if she spoke honestly, she wasn’t happy. Instead of focusing on every move BTS was making, she got a part-time job so she could change career paths in college to something she truly enjoyed. While taking those new classes, she met a girl and fell in-love. She told me yesterday, with all kinds of excitement, she was able to get tickets for her and her girlfriend.

Note: I purposely referred to Taehyung as V, etc. because I’m talking about their professional personas. I try to stay out of their personal lives. Their personal life is none of my business. I respect that.

Read More
Everyone has struggles and many suffer silently, just as I normally do. I’m making this post to say: you’re not alone.
Read More

Read More
Everyone has moments in their lives when they shine. They have their moment in the spotlight. How long someone spends in the spotlight is directly dependent on the decisions they make.
Read More

Read More
Let’s say your girl says: “I have a question for you. If we weren’t together, and we never…
Read More
It is easy to slip into the habit of making excuses. Do you know if you are making unnecessary excuses? If you are, what do you do about it?
Read More 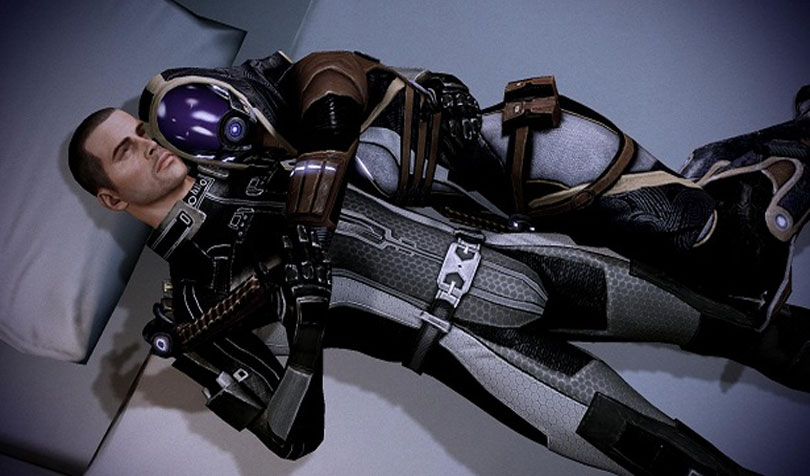 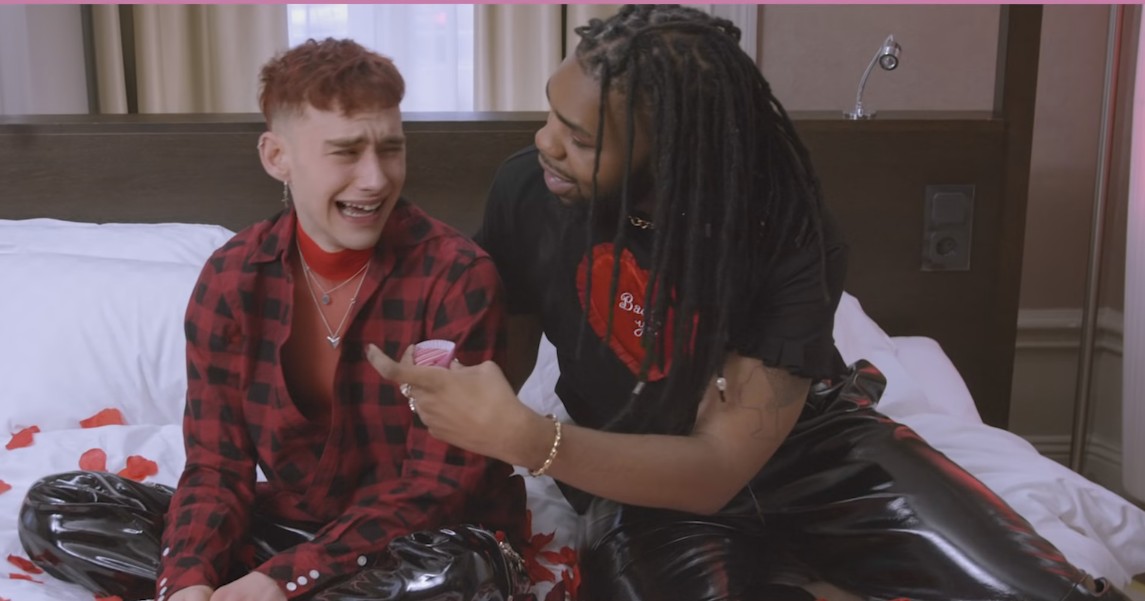